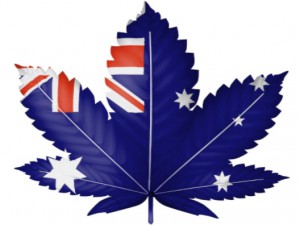 On February 10, 2016, the Liberal Party introduced a bill to Australia’s parliament to legalize medical marijuana. The passing of this bill would be an amendment to the Narcotic Drugs Act 1967. After the bill’s opposition flipped and pledged support, signs pointed to the bill’s passing.

The proposal would establish national licensing and a plan for permitting to make sure that patients with chronic and painful illnesses receive the medicinal marijuana that can offer them relief.

According to health minister Sussan Ley, “This government understands that there are some Australians suffering from severe conditions for which cannabis may have applications and we want to enable access to the most effective medical treatments available.”

Before the bill was sent to parliament, there were some states, like Victoria, that were already in the process of legalizing medicinal marijuana. The bill simply makes it easier for them to pass their legislation.

On February 26, the bill passed and the government lifted the medical marijuana ban. Like other countries with legalized medical marijuana, patients must acquire a prescription, and they should ensure they obtain their marijuana from sources that are approved by the Therapeutic Goods Act. Since the bill just passed, plans haven’t yet been made for how prescriptions will work or when dispensaries will begin operation.