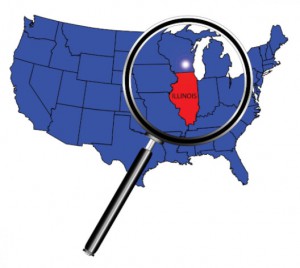 Medical marijuana has been legal in Illinois since late 2014; however, this February marked the state’s biggest sales month yet. Illinois dispensaries sold roughly $1.5 million in product, bringing the total sales across the program to over $4.4 million.

Joseph Wright, director of the Medical Cannabis Pilot Program, said that the 29 registered dispensaries served 3,042 patients during the month of February. Moreover, Wright states that there are around 4,800 qualified patients in Illinois participating in the program.

As a part of the program, wholesalers pay a 7% state tax. These retailers indicate that marijuana growers will pay around $83,000 worth of taxes to the state for their February sales.

In addition to smoke-able marijuana, edibles and concentrates have also seen an increase in sales as they’ve become more easily available. An estimated $362,000 of the February sales came from such purchases.